Released last week by Sony, I finally got round to picking up a copy and having a good listen today (assignments and bullshit). 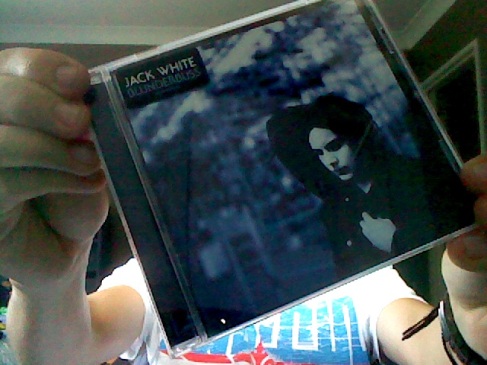 Well done Mr White [applauds]. This is White’s first solo album release on his independent recording production Third Man Records (shared with his other bands such as the Dead Weather and various other independent prodigies), and according to these guys, the album almost didn’t happen. The story goes that a bunch of songs were pulled together and then recorded for the sake of recording them, and suddenly a fully fledged LP was on the books. A bit of the magic Jack White touch and refinement and this monster was unleashed.

The album defies what I thought might have happened, with songs being pulled from all over I worried it might feel disjointed and more like a strange Greatest Hits collection rather than an album. But it’s well-rounded, nicely mixed and … just damn brilliant. White sticks mostly to lead guitar or piano on the recordings, although on I Guess I should go to Sleep, in true Third man fashion, he also slaps about on his guitar case for percussion.

Most of the material on here shifts between blues based folk and country rhythms and powerful blues-rock. White’s lyrical skills continue to astound me on every new piece of material, whether he’s telling a story or just reciting ironically simplistic sentiments, it’s all good. The album is interesting in this sense because you can hear influences from his White Stripes days, as well as his more recent bands, like The Raconteurs and The Dead Weather. All are excellent bands and the album really shows his maturity as an artist. I guess you could say the maturity was really always there but this is a great artifact in testament to that maturity.

There were a few pre-release singles, including the strangely downbeat yet infectious Love Interruption, and the Stripes-esque hard rock piece, Sixteen Saltines. These really added to my anticipation of the album and I can confidently say my expectations were not let down.

[Also if you end buying a copy of the CD, have a look at the strangely funny illustrations done with the Sony symbol on the booklet. Very cleverly done.]

One thought on “Jack White’s Solo Album, Blunderbuss: reviewed by a White Guy”